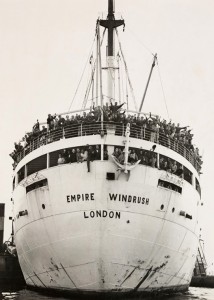 1948 was a monumental year in British History. The National Health Service was founded offering the right of universal healthcare, free at the point of use. London hosted the Olympic Games and Team GB won 3 Gold, 14 Silver and 6 Bronze medals. Charles Philip Arthur George, the Prince of Wales, was born.

The year also marked an epic moment in social history, which began with a thirty-day journey across the Atlantic in an ageing merchant ship called the Empire Windrush. On board were five hundred West Indians who were to become the catalyst for far reaching changes to the fabric of UK society.

To celebrate the 65th anniversary of the first mass migration of people from the Caribbean to Great Britain, the Watford African Caribbean Association is offering our Windrush DVD and booklet combination at the special discounted price of £6.50. The price includes free delivery within the UK. To get your copy, contact us.